Agh! Agh! Why saying “No” can be a major hindrance to your training goals. 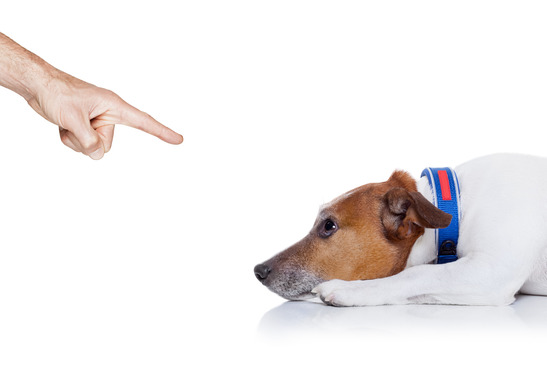 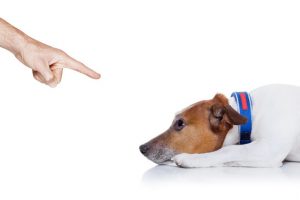 In a group class the other day, I witnessed a couple constantly using their voice like a buzzer noise,  “Agh! Agh!” with their dog in a harsh tone.

They were attempting to tell the dog he was doing something wrong, though it was easy to see from the dog’s body language that the dog was having a hard time figuring out what was right.

These folks have been through a couple of our classes in the past, and they understand that we use positive reinforcement to build behaviors. However, they still have the habit of continually trying to communicate to their dog what they see as wrong by using that “Agh! Agh!” sound.

Habits are hard to break.

I can easily understand that habit as I had to work hard to get past it myself. The word that I used for my dog was “Oops!” said in a nice way, which still told the dog that something he was doing just wasn’t right. Many trainers refer to this a “no reward marker” (NRM), a word that is meant to tell a dog that they didn’t get it right and must try again.

Understanding how confusing NRMs can be, I try hard to avoid them.

While in class, the couple mentioned that when practicing at home, their dog didn’t want anything to do with the agility obstacle they were trying to help him learn to negotiate, so I asked them to show me what they were doing.

Punishment is anything that causes a behavior to be less likely to happen again.

In the minds of this couple, they thought they were helping by saying, “No, that’s not quite right,” but what the dog learned was something very different—don’t go near that thing! It can be very easy to poison a cue or punish a behavior by mistake.

In this particular case, the dog had not received any reinforcement for even one attempt to move toward the obstacle. For this dog, the entire learning experience had become a series of nos vs. yeses. The dog had learned that the obstacle held no possibility for reinforcement—only bad stuff. The “Agh!” did not teach the dog what to do.

So what can you do instead? Break the behavior apart.

Split the finished behavior down into small enough pieces to give the dog a realistic chance of getting some portion of the desired behavior right, and then the dog earns reinforcement. You can then move on to adding the small pieces together toward the finished behavior. By doing so, it keeps the dog engaged and successful in the learning process.

Just as it is when humans learn something new, there are so many ways for our dogs to get something wrong. So before you say, “No!” or “Oops!” or “Agh!” pose this question to yourself: “Am I asking for too much too soon? Have I broken the behavior down into small enough pieces? Have I created a distraction-free environment so that the dog can focus? Am I keeping my training sessions short? Have I chosen the right reinforcer?” All these things can have a big impact on your dog’s learning.

Always remember that you’ll get better performance with a yes than a no, and it’s up to you, the dog’s handler, to help your dog get it right.

Brad Waggoner is a Certified Professional Dog Trainer, a KPA Certified Training Partner (CTP), a dog∗tec Certified Dog Walker/Instructor, Faculty for the Victoria Stilwell Academy of Dog Training and Behavior and Partner of Cold Nose College in Murphy, North Carolina. He enjoys providing behavior consulting and training solutions to clients in the tri-state area of North Carolina, Georgia and Tennessee, as well as offering educational opportunities for dog trainers and dog hobbyists throughout the U.S. www.coldnosecollege.com