Looking at Life Changes Through Your Dog’s Eyes 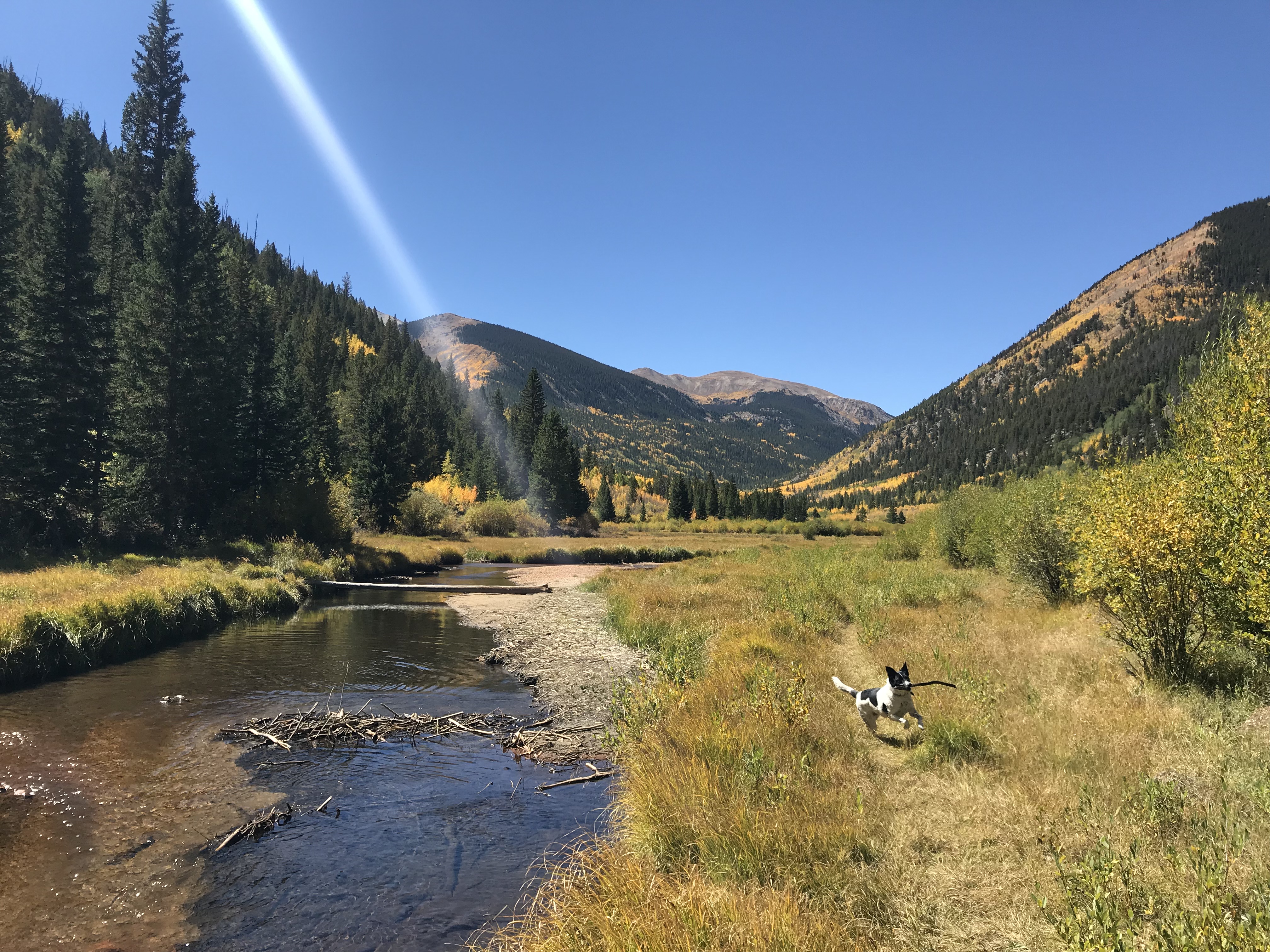 On November 22nd of 2019, my husband and I moved our two cats and dog, Kirby, from Denver, Colorado to Portland, Maine. With me originally from New York, Luke from South Dakota, and all our pets adopted in Colorado, none of us had never lived in Maine.

We had planned a seamless move and read all about how to help our pets adjust during a move.

We did not think anyone would mind the move that much, after all, we joked we had traded views of the Rocky Mountains for view the Atlantic Ocean.

In the first week after the move we made sure Kirby and the cats maintained their normal routines to reduce the stress of the move.

Since we had only changed location, but not much else about our lifestyle, in my eyes the pets would adjust well.

We had moved from one apartment to another, the streets were similar in terms of traffic and noise, and Luke and I still kept the same work routine as the one we did in Denver.

The animals ate the same food, at the same time. We had even prioritized moving the dog bed and cat tower over our own possessions.

Kirby enjoyed the same walk and play times. Very little had changed to them. Could they really even tell we were in Maine, not Colorado, given that we lived in a city?

About a week after the move I woke up one Saturday craving my usual Saturday ritual. A morning run with Kirby, yoga, and a home cooked meal in the evening. The pets had kept the same routine, why shouldn’t I return to mine?

I did just that and completed my entire routine. However, by the evening I was so exhausted that the best I could do was crawl onto the couch with a glass of wine.

As I sat on the couch, tears brimming in my eyes, I could not place why my normal routine had overwhelmed instead of energized me.

It must be this new city. I thought bitterly. The bitter thoughts faded with some wine and I realized it was not the city itself but the newness of everything I had done. I reflected on my day, actually processing all the ways my routine was not routine to me yet.

On the run Kirby and I had to be aware of where we ran to avoid getting lost in our neighborhood. I had to GPS everywhere I drove that day. Even at the yoga studio I had to observe the new studio norms. Where did people put their shoes? What was the culture of space between mats at this studio? I even had to ask where the bathroom was located.

I wandered in the grocery store which was frustratingly organized differently than the one I had shopped at for six years. Even cooking was different in another kitchen. Although on paper this Saturday was the same as the ones in Denver, it was radically different in so many miniscule ways.

While I was contemplating my day, Kirby curled up on the couch next to me. This was odd. She usually begs for me to play with her whenever I sit on the couch.

Could Kirby be just as impacted by the little changes as I was?

I resolved to look at the move through her eyes too.

Over the next few days, I did just that, and I noticed Kirby experiencing the same drain despite my attempt to keep our old routines. On our morning walks, which normally would have been 45 minutes or longer, Kirby seemed tired after only ten minutes. The smells in our neighborhood were so foreign to Kirby that one short walk of sniffing smells wiped her out for the day.

Although she had been around snow her entire life, the snow in Maine was not the same. Snow in Denver melts within a day. It never lasts long enough to accumulate. While here in Maine it stays, cramping the already narrow New England streets. Kirby was even unsure how to go to the bathroom on top of all the snow.

Although, Kirby had long been trained to not obsessively drag me toward squirrels in Denver, this did not hold true in Maine.

On one of our first runs in Portland she darted so fast after a squirrel that she knocked me down. At first I was upset our training had regressed. It was just another squirrel? Until I looked at the squirrel from her perspective. I knew it was a squirrel but she did not. In Denver, the squirrels were smaller and brown, here the large eastern grey squirrel was a foreign animal to Kirby.

Just as I was impacted by the move, Kirby was a different dog. We kept to our normal routines and moved from one city to another but I forgot to account that we had moved to literally a whole new world for Kirby.

It does not always take uprooting your life to notice a change in your dog.

This change in behavior can even be caused by smaller events. Take for example, the Holiday Season. Granted, it’s only a few days of celebrations. It’s referred to as a time when we are out of our routine, despite the fact most of the time we are around familiar people, our own homes, and traditional food. Yet it is exhausting because of all the small deviations from our everyday life.

Does your dog act differently or have trouble focusing on you when a new person comes to visit your house?

Change in your dog’s environment can often be the main cause of why a behavior has changed.

Although it might not be a cross country move, even the smallest changes in your dog’s routine or environment can be a major change for them.

Just as I finally did with Kirby, I urge you to look at all experiences through your dog’s eyes.

If your dog is suddenly struggling to keep focus or cannot perform a previously mastered cue, it could be the result of a minor change.

Have patience with your dog as they adjust to even minute changes in their lives. Using empathy and looking at what is new with your dog could help make progress with training and daily routines.

I urge you to ask yourself what is different from my dog’s perspective?

Kristen Renaud, JD/MBA, is a graduate of the Victoria Stilwell Academy’s Dog Trainer Course. She believes in positive, force free training to create a thriving team between you and your dog. After several years as a Management Consultant Kristen realized she could combine her passion for problem solving and consulting with her love of dogs.