Why Am I Positive? 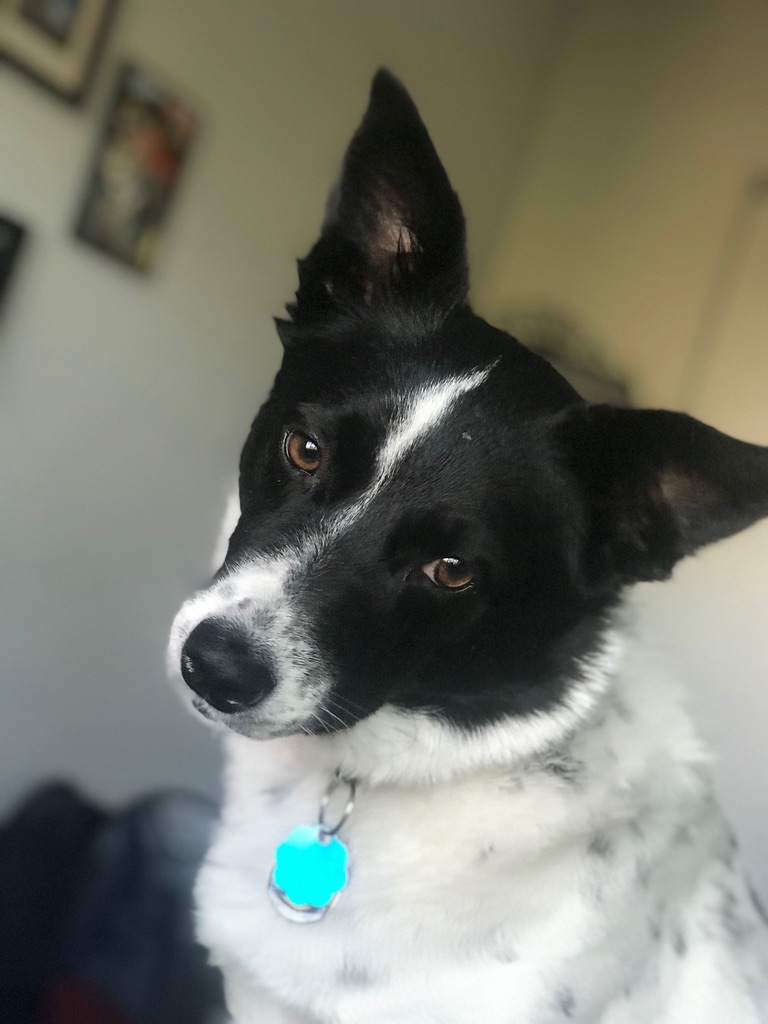 In July of 2016 I sat at a MaxFund Animal Shelter holding a tiny puppy in my arms. Eight pounds of wriggling love. Looking at that tiny motherless puppy, covered in her own poop, and shedding so much fur I thought she might be bald in a day, I knew I had found my dog.

I called my boyfriend, Luke, (now husband) and said “I’ve found our dog.” Within a matter of days the little pup came with us to a new home, her own bed, and a pink collar with a name tag “Kirby.”

Everything about Kirby’s adoption was wrong for us.

Both fresh out of graduate school Luke and I were broke. Free time for a puppy was nonexistent as I studied for the Bar Exam and Luke began a new job. Although potty training proved easy since I was awake studying all hours of the day and night. But that was not the “wrong” part of the adoption.

The issue is that we adopted Kirby without a second thought of training or what the future might look like with this little dog. All we knew about our dog was that she had been rescued from a box on the side of the road in New Mexico. A so called “reservation dog.”

Little did we know that these dogs, from the Southwest area of the United States, are genetically predisposed to anxiety, fearfulness and many other issues.

For nine wonderful months Kirby was like any other puppy. She garnered adoring fans at the park, frolicked in the Rocky Mountains, and explored the city of Denver with us. I passed the Bar Exam. Both Luke and I began new jobs. Kirby graduated puppy grade school, posed with Santa during the Holidays, and gained the friendship of our cat. Luke and I became engaged. We were a happy family.

When Kirby was between nine and ten months old, which is around when these challenging issues can begin to show, she changed for the worse.

Kirby began growling at noises, and barking at other dogs. Even dogs that were a football field away upset Kirby. She nipped and cowered when other dogs passed. The entire city seemed to terrify her. In fact the only creature, besides Luke and I, she still seemed to tolerate was the cat. Going to the park, dog day care, or even on walks where we lived in downtown Denver, became impossible.

Unwilling to give up our dog and desperate to find a solution, we turned to advanced dog training. The lawyer in me researched every training method and possible way to help Kirby. Luke, my meticulous data driven husband, researched stats and studies on dog training. We both arrived at the same conclusion.

Positive training was the best option.

In fact, positive training was the only option we could imagine trying.

So what exactly is positive training and why did I pick it over the other methods?

It is a method of training that relies on positive reinforcement to reward (reinforce) the dog for the desired behavior. Reinforcement can be anything from treats, attention, walks or play time.

Positive training does not mean that your dog doesn’t know boundaries and gets what it wants all the time. Quite the opposite actually.

Positive training redirects rather than punishes the unwanted behavior. With positive training dogs are taught what “to do” instead of only being told what not to do, leading to a dog that is willing to problem solve for the desired behavior.

When done right, it can lead to a lifetime of results, rather than always using punishment to control your dog. In fact, the most current research indicates that positive training is the most effective training method.

Note that positive training does not use any force, fear or aversive methods to train the dog.

Most important of all, to Luke and I, was that positive training helped dogs overcome anxiety, fearful behaviors and aggression. While the other types of training including the use of shock collars, yelling or the use of force were linked to increased stress, and more anxiety. Luke and I were certainly not going to use any training method that was linked to the type of behavior we were trying to alleviate.

Knowing our path forward, we began with a positive trainer in Denver. We did weekly private sessions with Wag and Train, now called Star Dog in the Denver Area. Within one session we saw an improvement in Kirby!

Positive training taught us not only how to manage the problem (management solutions meant walking ten stories up our apartment building to avoid dogs in the elevator every time Kirby went out), but also how to train Kirby with sustained results.

Luke and I trained with Kirby every day.

We trained during the private sessions with stuffed animal dogs to mimic real dogs.

We carried treats and tennis balls all the time.

Amazingly, we managed to find ways to avoid dogs in the city and mountains until Kirby was ready.

I’m sure we looked crazy on the street pointing out dogs to Kirby at a distance and then throwing parties with praises and treats when she glanced at dog and didn’t react.

Most of all, we did not push Kirby into any situation that amplified her fear. All of it paid off.

Kirby’s anxiety is under control because positive training leads to sustainable results. Kirby is now three and a half years old and still benefits from the training. We taught Kirby how to handle her anxiety, which is the true success of positive training. If we had punished Kirby for reacting our results might have been disastrous. After all, punishing a dog for displaying warning signs can actually lead to more dog bites and attacks.

Just the other day Kirby and I were walking down the street and Kirby happily passed within ten feet of a dog. I smiled to myself knowing that I had made the right choice with positive training. I have my happy family back.

Kristen Renaud, JD/MBA, is a graduate of the Victoria Stilwell Academy’s Online Dog Trainer Course. She believes in positive, force free training to create a thriving team between you and your dog. After several years as a Management Consultant, Kristen realized she could combine her passion for problem solving and consulting with her love of dogs.

Kristen founded Kirby’s Canine Academy in 2019. Kirby’s Canine Academy strives to work with each individual dog and guardian to create a truly sustainable approach to your dog training needs, helping you enjoy your dog for life. Kristen currently lives in Portland, Maine with her husband Luke, dog Kirby, and two cats, Diggs and Ollivander.