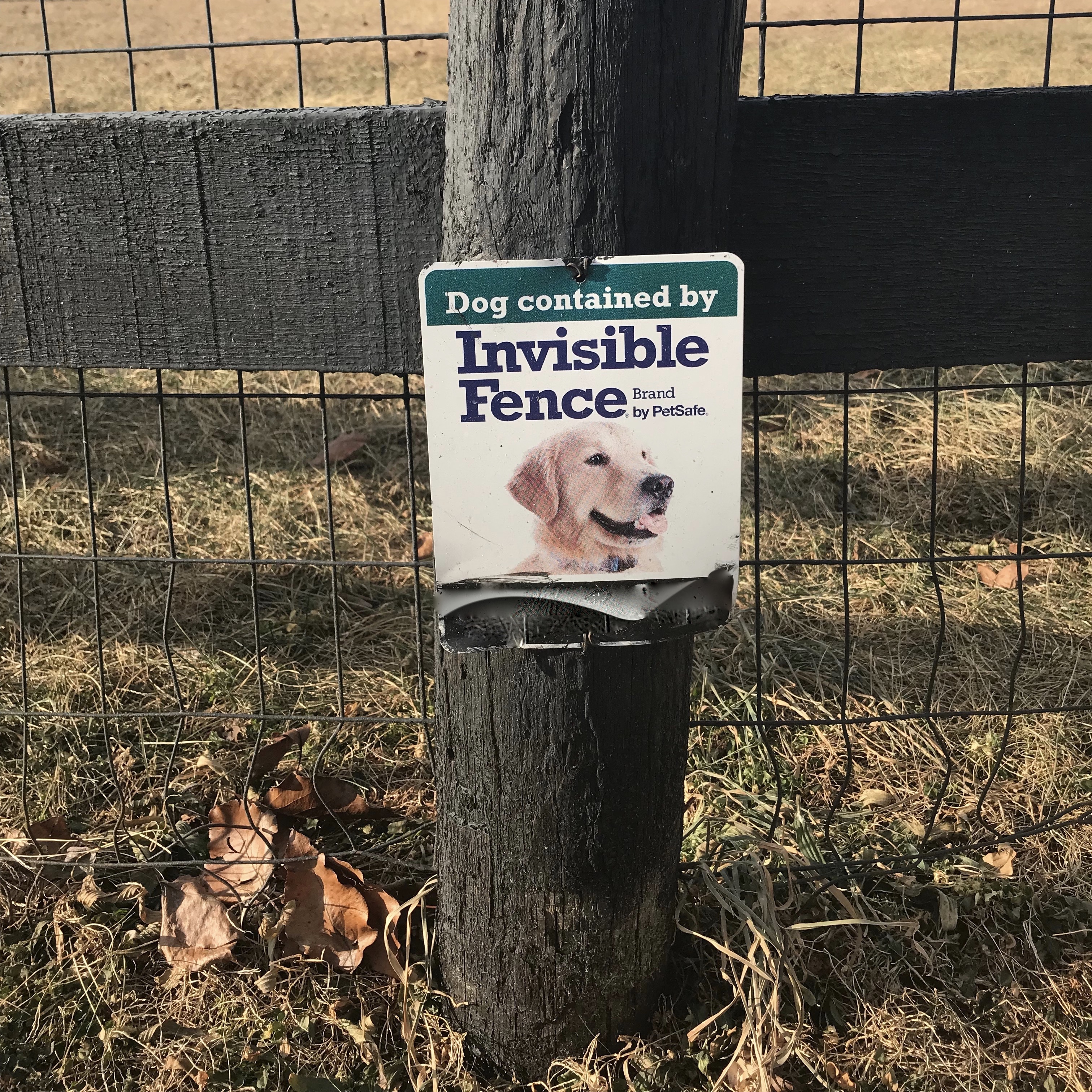 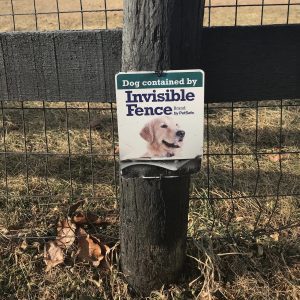 It’s one of those things you don’t know, what you don’t know, until you know. As a force-free trainer my focus is on solving training and behavior issues through the use of Positive Reinforcement. I hope my former personal experience with using electronic shock with underground fence/shock collar systems may help others.  Pet owners should understand the serious, unintended consequences associated with these so-called fences.

When I adopted my little girl, Mercy, an adorable then 18-month old Blue Tick/Treeing Walker Coonhound mix, I wanted to give her the freedom out of doors to be a dog with lots of room to run and play. I did some (but not enough) internet research and decided the underground, hidden fence/shock collar system was a safe way to go.

I contacted a nationally franchised vendor.  $1,600 later I had an acre secured for Mercy to romp and play in.  At least that’s what I thought.

After following the provided instructions to “condition” her to run away from the barrier when she heard the “beep” that predicts the painful shock, I set her free in the back yard.

Mercy is a social butterfly and wants to greet everyone she meets, especially my weekend neighbors – she loves them! It’s when they first came over to visit that things started going south. She was outdoors when she first saw them coming and happily bounded through our driveway gate to greet them. The moment she crossed the underground barrier in the driveway gate area she got a shock.

The yelp  she let out once the shock collar engaged haunts me to this day.

It was evident from her body language she was frightened and confused. Not knowing what to do, she froze in place. I ran to her and tried to comfort her and encourage her back into the yard. Not surprisingly, she wanted nothing to do with again crossing that barrier, even though I knew she wouldn’t receive a shock for going back in. All she knew was, “If I go through the driveway gate, I get hurt.” I picked her up and carried her home, but from that day forward when I would let her outside she would frantically run the perimeter of the underground barrier. She was no longer comfortable on her own property. Shortly after that incident, her problematic barking began (what I thought was nuisance barking). Looking back and reflecting on that incident, I now realize the barking was due to stress.

In an attempt to help her feel more comfortable, I stopped just opening the door and letting her out to play, but instead walked her on a leash. Things started to improve a little, though now she hated going for a ride in the truck (because the truck had to go through that scary gate area where she was shocked), something she previously loved. She was terrified even if the shock collar was removed before crossing through the underground barrier at the end of the driveway that went across the gate area. This wasn’t the only side effect; her training was beginning to suffer. Her exuberance for training disappeared. Oh yes, she would perform the cued behaviors, though you could tell from her body language there wasn’t much enthusiasm.

I was sure there was a better way.

With the strong encouragement of Brad and Lisa of Cold Nose College, I invested in a traditional fence. The change in her behavior was amazing.  It took several months for her to trust that nothing bad was going to happen when she was outside. Today her tail is high and her nose is on the ground. She inspects every leaf, every blade of grass and every scent.

Her joy at just being a dog without the fear of receiving a painful shock is a sight to behold.

What the electronic fence companies don’t tell you when they sell you one of these systems is how the dog might become frightened of stimuli on the other side of the barrier. That squirrel or rabbit that was once fun to chase is now a predictor of bad things about to happen. The outside world is now a scary place full of potential dangers. And what do dogs do when presented with a potential danger? They may try to scare it away by barking, growling or lunging.  If none of those options work, they either aggress or run away (fight or flight). The stress caused by a situation such as this is unhealthy for dogs, just as stress is unhealthy for humans.

Here’s another important point to consider – this so-called “fence” does not prevent anything or anyone else from entering your property. Recently, I had a client tell me they put in an underground fence to keep their dog safe from bears. My first question was, “How did you get a shock collar on the bear?” Fortunately, the client has a good sense of humor!

I wish I had the chance to do it differently now that I know what I know. There’s no need to use pain, fear or intimidation to keep your dog in your yard. Both ends of the leash are better served by always focusing training efforts based on force-free, humane training using positive reinforcement and building a traditional fence for your yard. Trust me, it’s worth every penny to insure your dog is safe, happy and comfortable in their own outdoor space.

Jim Ross is the owner of Cold Nose College Blue Ridge. He studied at the Karen Pryor Academy of Animal Training and Behavior, is member of the Association of Professional Dog Trainers, is trained in pet first aid and CPR and carries the Pet-Tech First Aid/Canine CPR caregiver designation. Jim is also a volunteer dog trainer working with the detainees and their shelter dogs within the Rescued Program at the Colwell Probation Detention Center in Blairsville, Ga.